Auckland has won their first AFL New Zealand NPC since 2007, beating all comers to secure the trophy. Second place went to previous reigning champions Canterbury, who also fielded a strong team.In conditions that offered a variety of challenges for all players, part of the success of the Auckland squad came through superior use of their bench and interchange players. With every squad member getting roughly equal playing time, it meant players were fresh at key moments.

The AFL New Zealand NPC was held at Westminster Park in Christchurch, over the 7th and 8th of December. Both Auckland and Canterbury started well on a hot and dry Saturday, beating Wellington and Otago respectively. The clash between the two North Island teams proved to be very close, with Auckland sneaking home with a 6.13:49-5.6:36 victory.

With Sunday came a change in the playing conditions. The sun was replaced by heavy cloud cover and variable winds. The wind made tactical decisions difficult, as the direction was constantly shifting no team could be sure of having the advantage throughout the game.

Wellington cruised to victory over Otago in the first match of the day, with their 7.7:49 – 4.4:28 win coming through tight defence. The stage was set for the two leading teams to face off in what would likely decide the championship.

The match between Auckland and Canterbury began with a pulsating intensity, with neither team able to gain a decisive advantage over the first quarter. After the interval however Auckland stormed into the lead, kicking 5 goals in the quarter to go into halftime 7.1:43-2.4:16.

Auckland never looked back from there, maintaining their high standards to eventually run out 14.6:90-6.4:40 winners. Siope Ngata was particularly influential in the match for Auckland, and was well backed up by Sam and James McKenzie who also made big contributions.

The fifth match saw Canterbury prove their class with a big win over Wellington, racking up 104 points, the highest score in the tournament. In the final match, Auckland needed to beat Otago to take the title, which they did comfortably. Three wins from three games meant Auckland were on top of the table.

Strong and consistent individual performances came from all teams across the AFL New Zealand NPC. Ben Miller from Otago had a dream tournament, securing the accolade of being the best player across the tournament.

From Canterbury, James Bowden had a typically strong tournament. Craig Morgan was a standout performer for Wellington, particularly in their close loss to Auckland. Siope Ngata was considered a key member of the Auckland squad, as well as James McKenzie. Ngata is also currently a holder of an AFL International Scholarship with the Hawthorn Football Club.

Each province featured one player who was awarded the MVP for their team over the tournament. David Rattenbury of the Waitakere Magpies won the award for Auckland. Jason Cox was honoured with the accolade for Wellington. Todd Andrews received the award for Canterbury and Bryce Cox was particularly impressive from Otago.

The Senior National Provincial Championship tournament is to be held in Christchurch on December 7th and 8th 2013.

AAFL believes this is a great opportunity for players to develop and compete amongst the best in the country.

This years Head Coach is Chris Mundell, (current Uni Coach)who along with Michael Lentini, Team Manager will be acting in an official capacity and we are keen to hear from players who are passionate to test their skills and play representative football.

Training will be every Friday night from the 1st of November till the tournament from 6:00-8:00pm.

Training Venue will either be at May Road or Gloucester Park which will be confirmed shortly.

We ask all clubs to please circulate this amongst players who are keen to play representative football.

NPC is  the only way  to be selected for the New Zealand Hawks teams competing in the International Cup, Oceania competition and matches against Australian touring teams which is another good reason to participate.

AAFL executive will contribute to the players cost for the trip.

Players interested for trying  for Auckland team  or have any questions can you please contact us via the following channels: 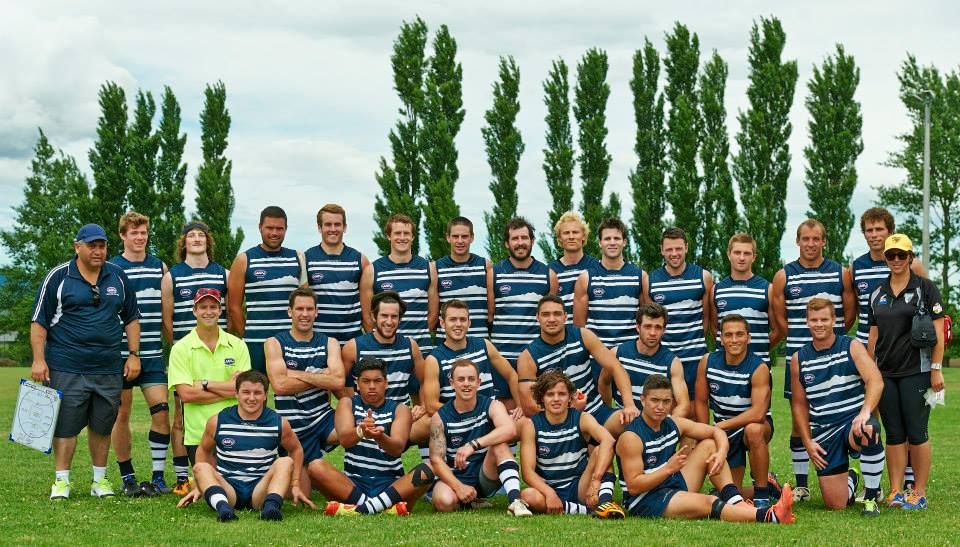